Just in time for Christmas of 2015 we made our first ever magazine cover!!! Now it's one thing to be published in a magazine, but having your photo featured on the cover of a magazine is such an honor. Katie & Steven really made all of this possible by giving me a little bit of extra time to create something exceptional for them!

And then just a couple months later, one of our photos was published on another magazine cover!! How crazy is that? This time from Brittany & Adam's wedding!!! They're a magical couple that worked SO hard to make their wedding unlike any other - and it really paid off! Congrats you two!!!!!

Cedar Hall  ran a full page ad from Morgan & Matt's wedding in Southern Bride Magazine & At Home Magazines for over a year!!!

Just before Hedge Farms opened to the public, we photographed their entire advertising campaign!!! Maggie Louise Bridal graciously provided us with a STUNNING Tara Keely wedding dress and introduced us to Haley Arthur - the top wedding model in the Memphis area!!! Bouquets from Kacie Cooper Floral Design really brought it all together and made for a perfect editorial. We also had a chance to photograph Heather Finch who was about to get married!!! We were immensely blessed to photograph Heather & Haley and the results are stunning!!!

Here’s a screenshot from Hedge Farm’s website featuring some of our photos. Models are Haley Arthur & Heather Finch:

Next up, Gracie & Alex’s wedding at Heartwood Hall was published in The Pink Bride Magazine in 2016. Ugh these two were TOTAL BABES!! Their wedding was also featured on The Pink Bride's website, which you can view here.

Lindsey & Ryan also had their wedding at Cedar Hall published in the 2016 issue of The Pink Bride Magazine. That was two weddings published in one issue!!

Next up, here's a feature from Eunitta & Paul's wedding in Southern Bride Magazine. They got married at Memphis Botanic Gardens. Such a hot couple!!

And here's a spread from Katie & Stephen's wedding in RSVP Magazine. They got married at The Columns. Definitely one of the most amazing weddings I've ever been to!!

Here's a really nice two page spread from Liz & Tom's wedding from At Home Magazine. Love all their pictures from Heartwood Hall. Such a fun day!!

I remember I was SO excited when I found out Sarah & Matt's wedding was published on Borrowed & Blue. This wedding changed my life!! Sarah had the most epic wedding reception I've ever seen!!! I'll never forget it! They also got married at The Columns. 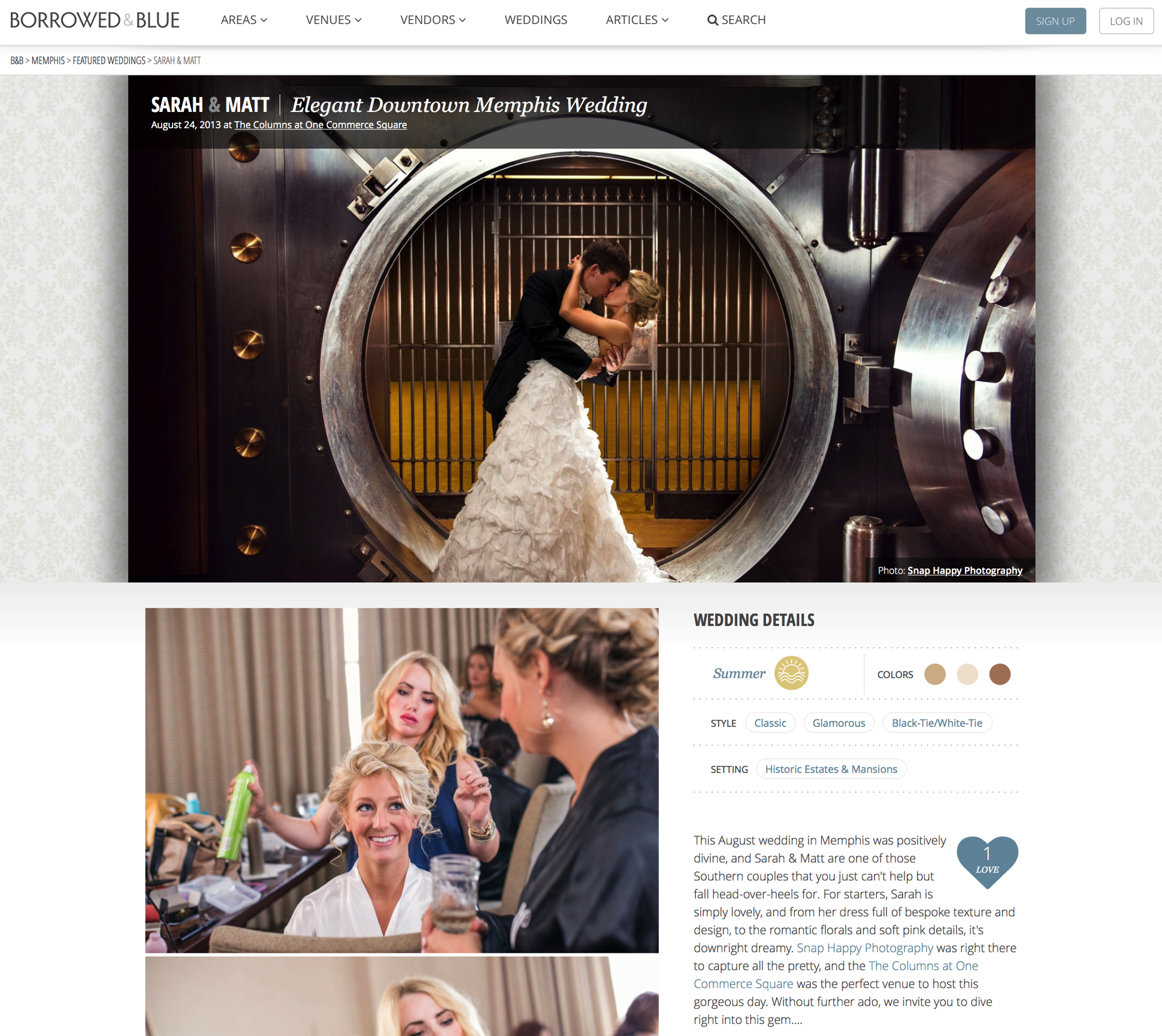 Brittany & Adam’s wedding was SO awesome that it was featured in two magazines, Click Magazine & DeSoto Magazine. Y’all are so FAMOUS!!! 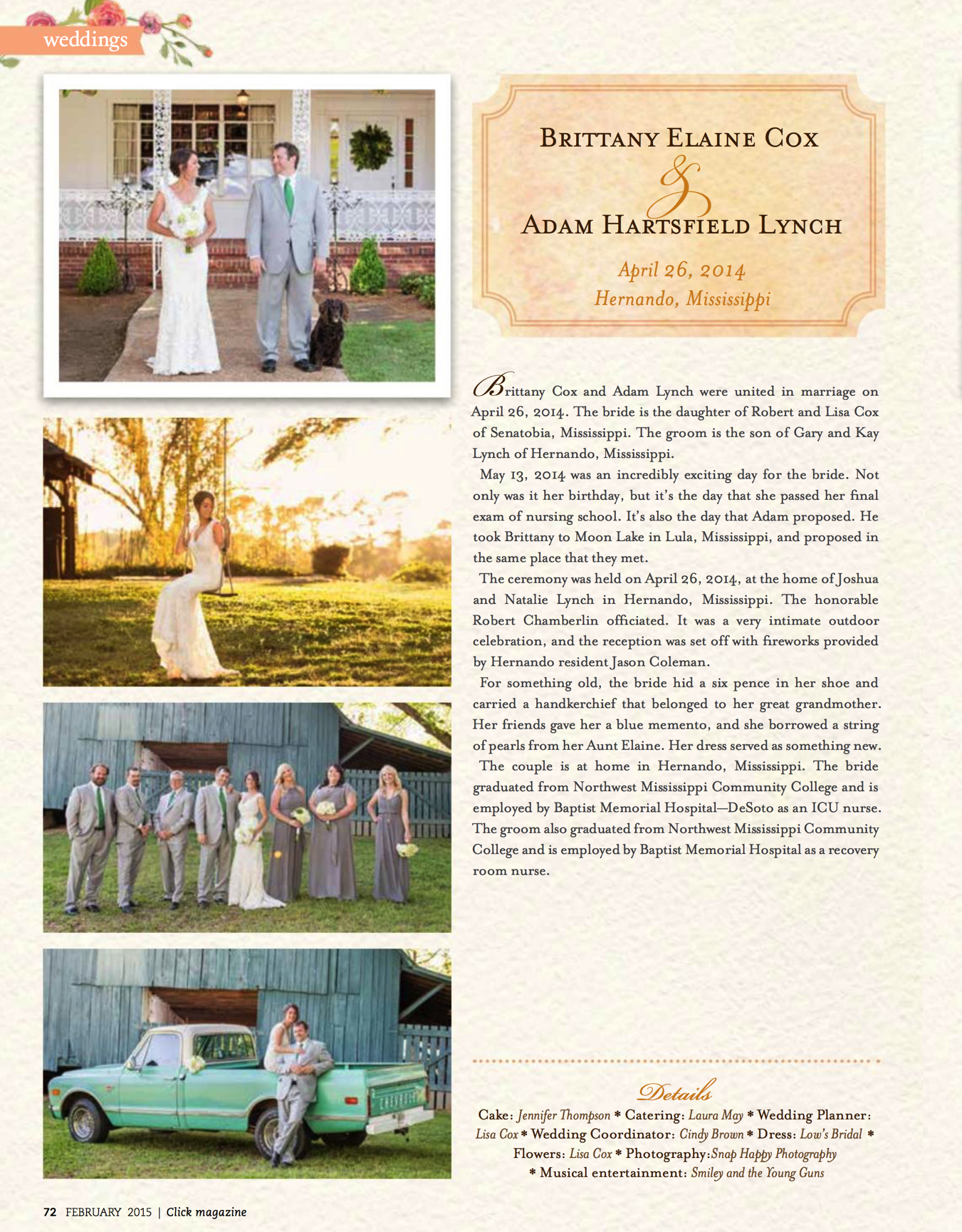 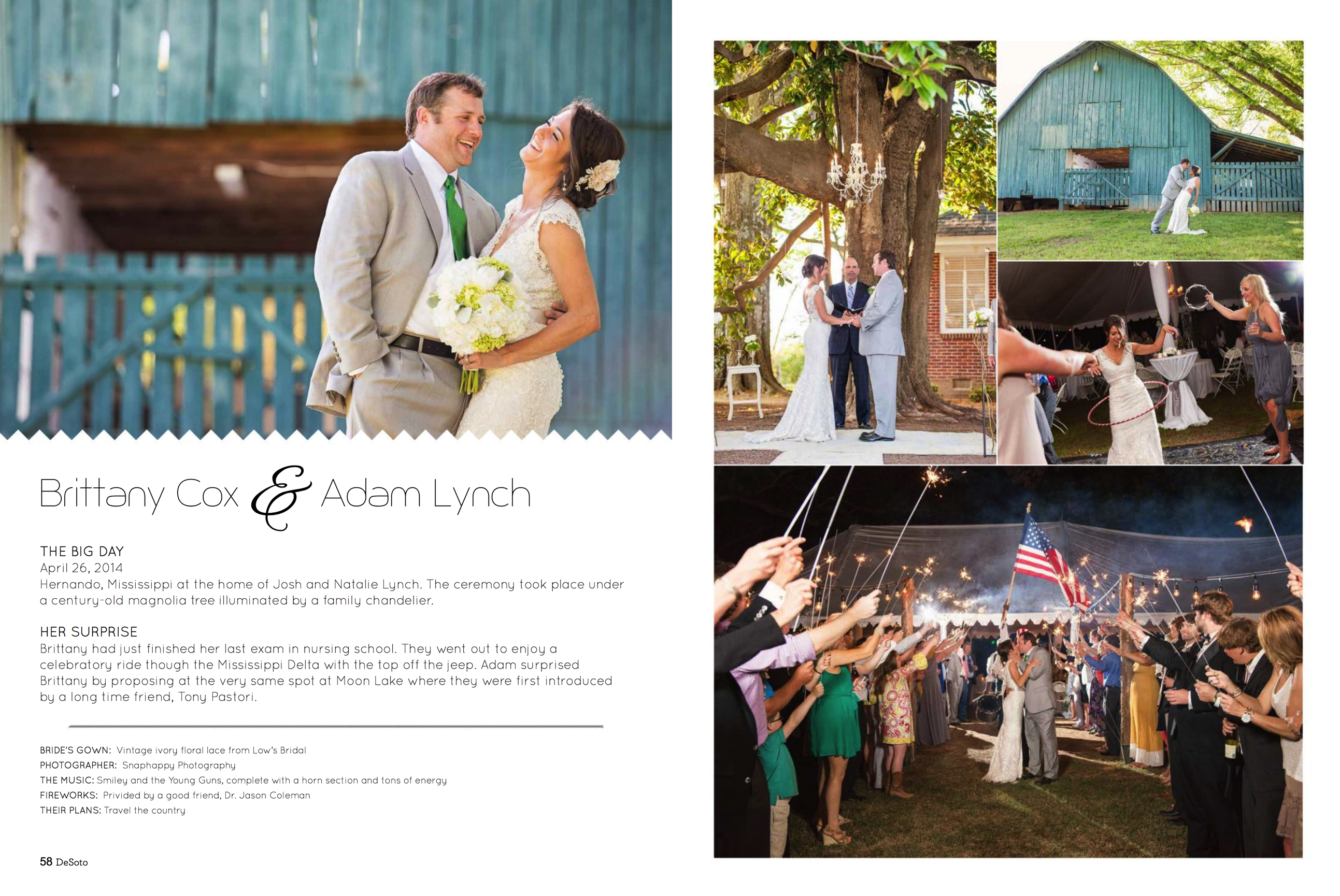 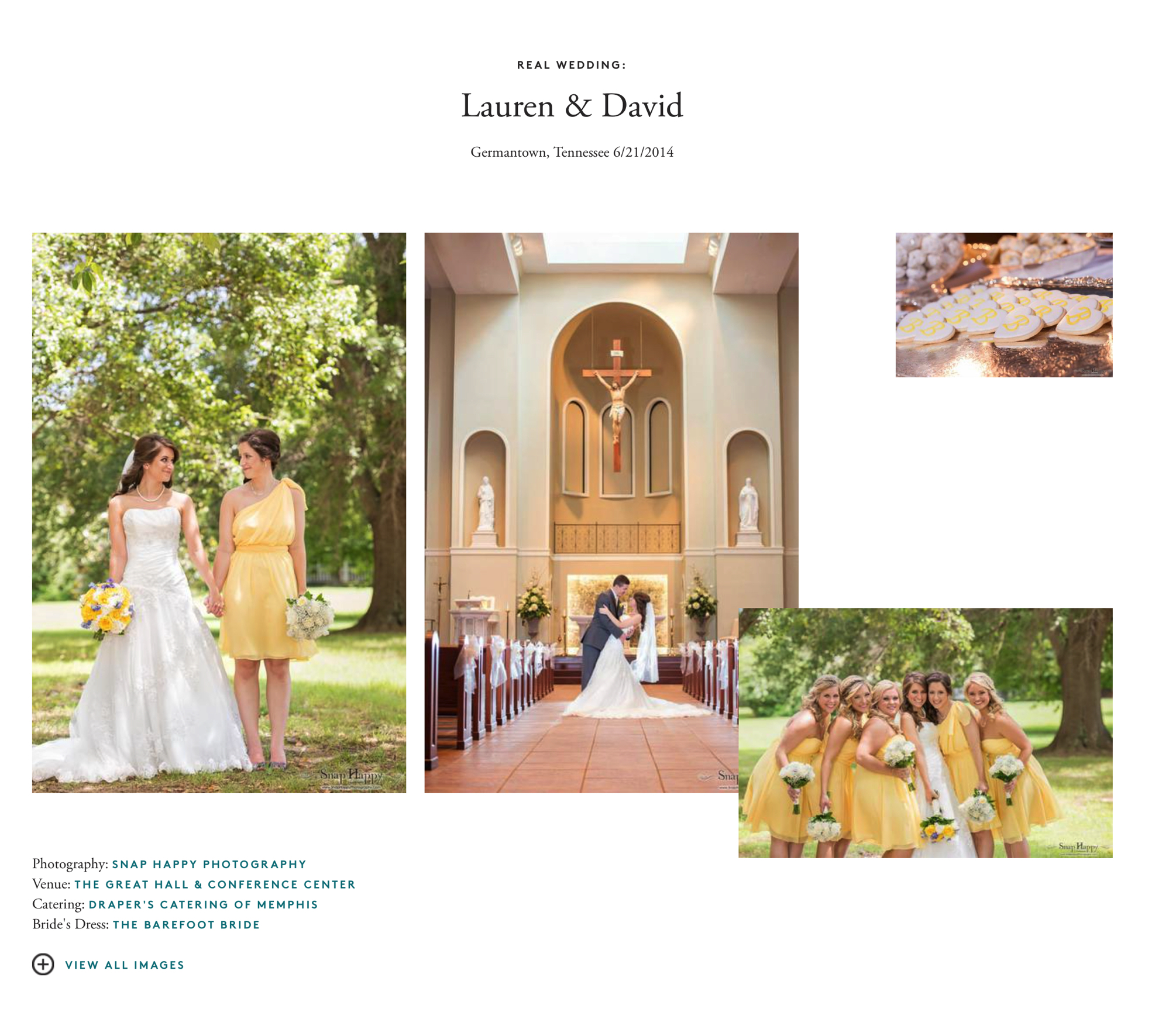 Morgan & Matt’s wedding was published on Borrowed & Blue. I could talk forever about how much I love Morgan, ugh, she’s amazing!! They got married at Cedar Hall. 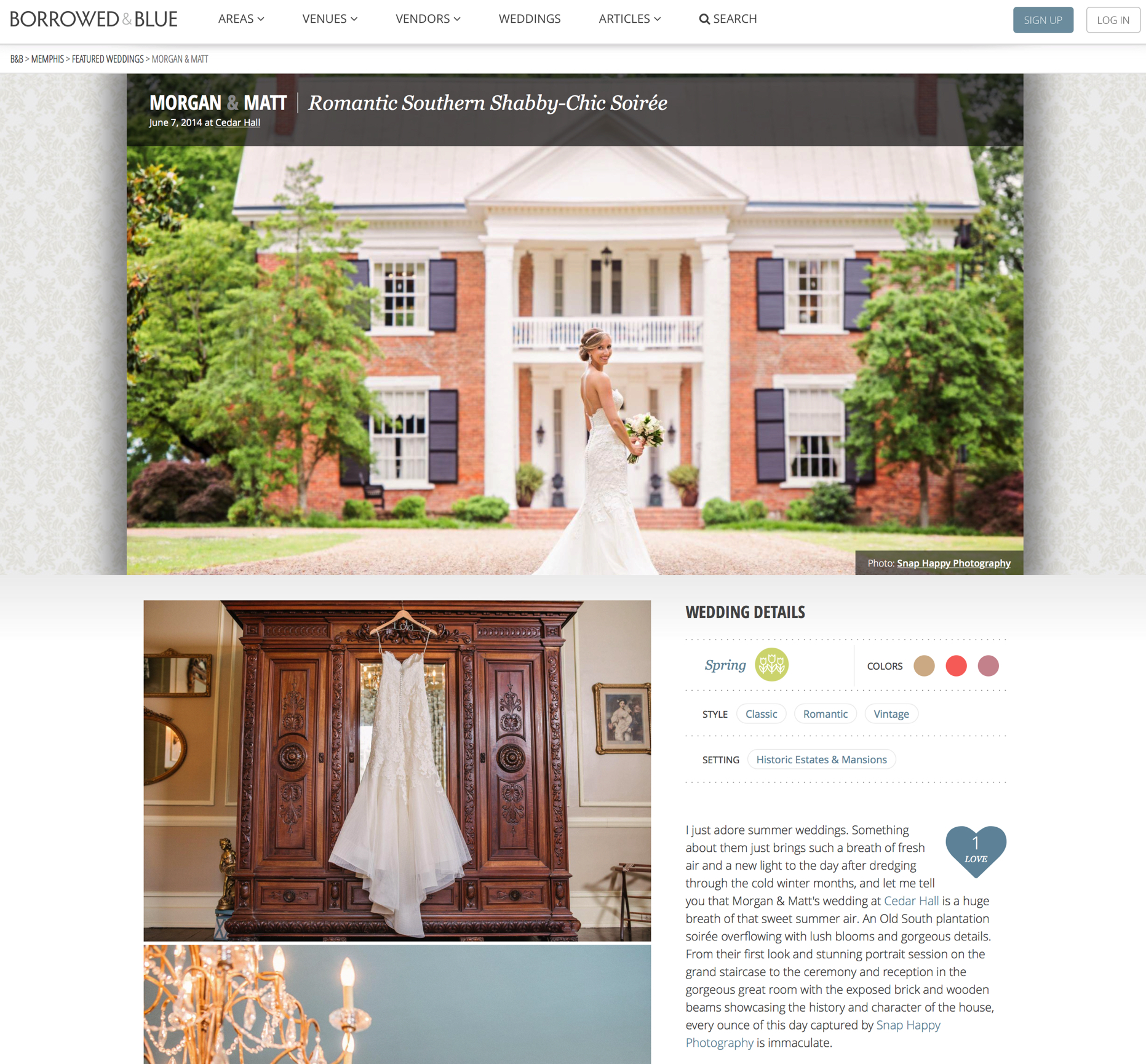 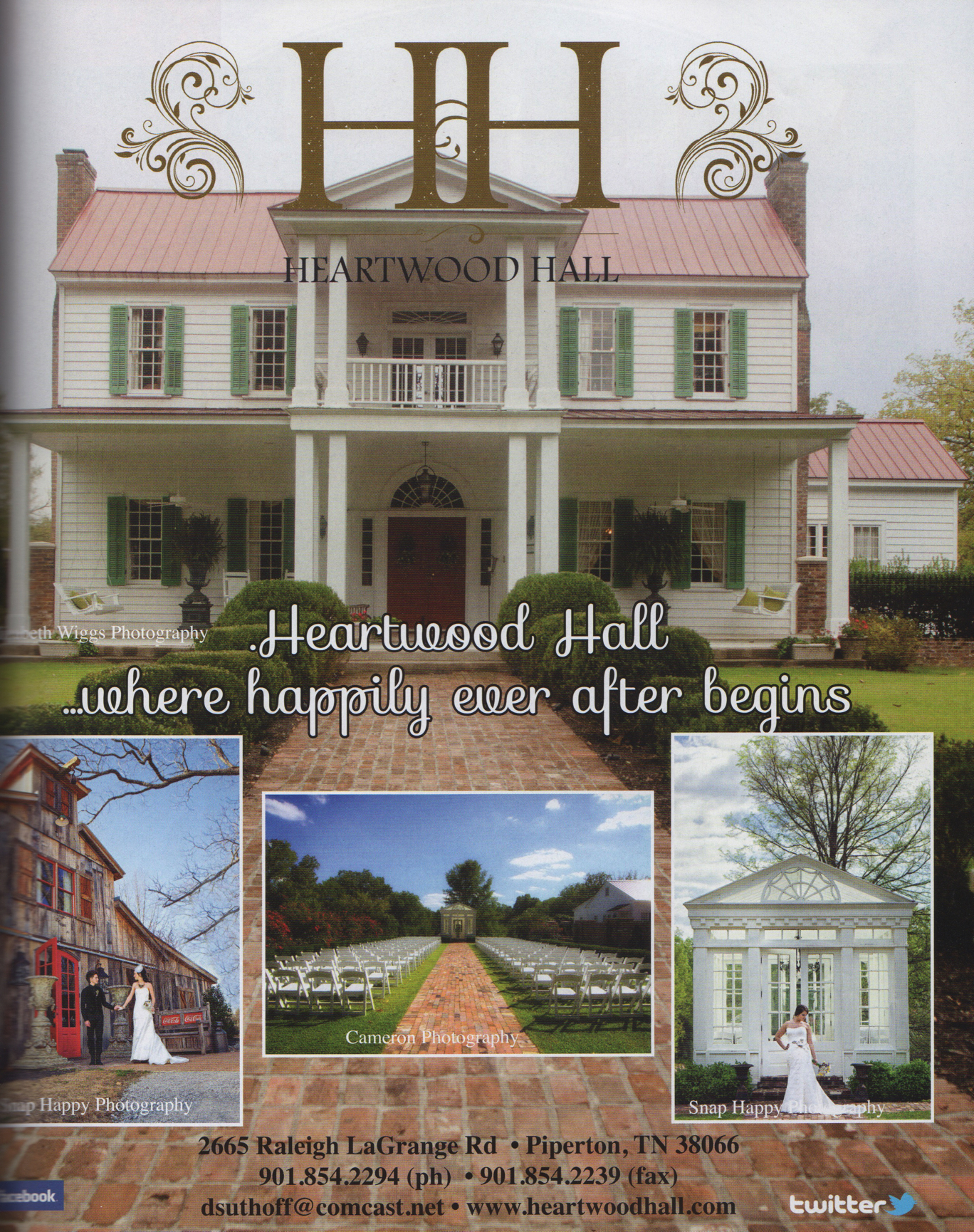 Way back in 2013 April & Phillip were featured Say in Yes Magazine for having the best wedding decor of 2013!!! How amazing is that??? And then just a few months later they had a THREE PAGE SPREAD in Southern Bride Magazine!! That’s the biggest spread I’ve ever seen in that magazine!! Congrats you two on throwing such an INCREDIBLE wedding!!! 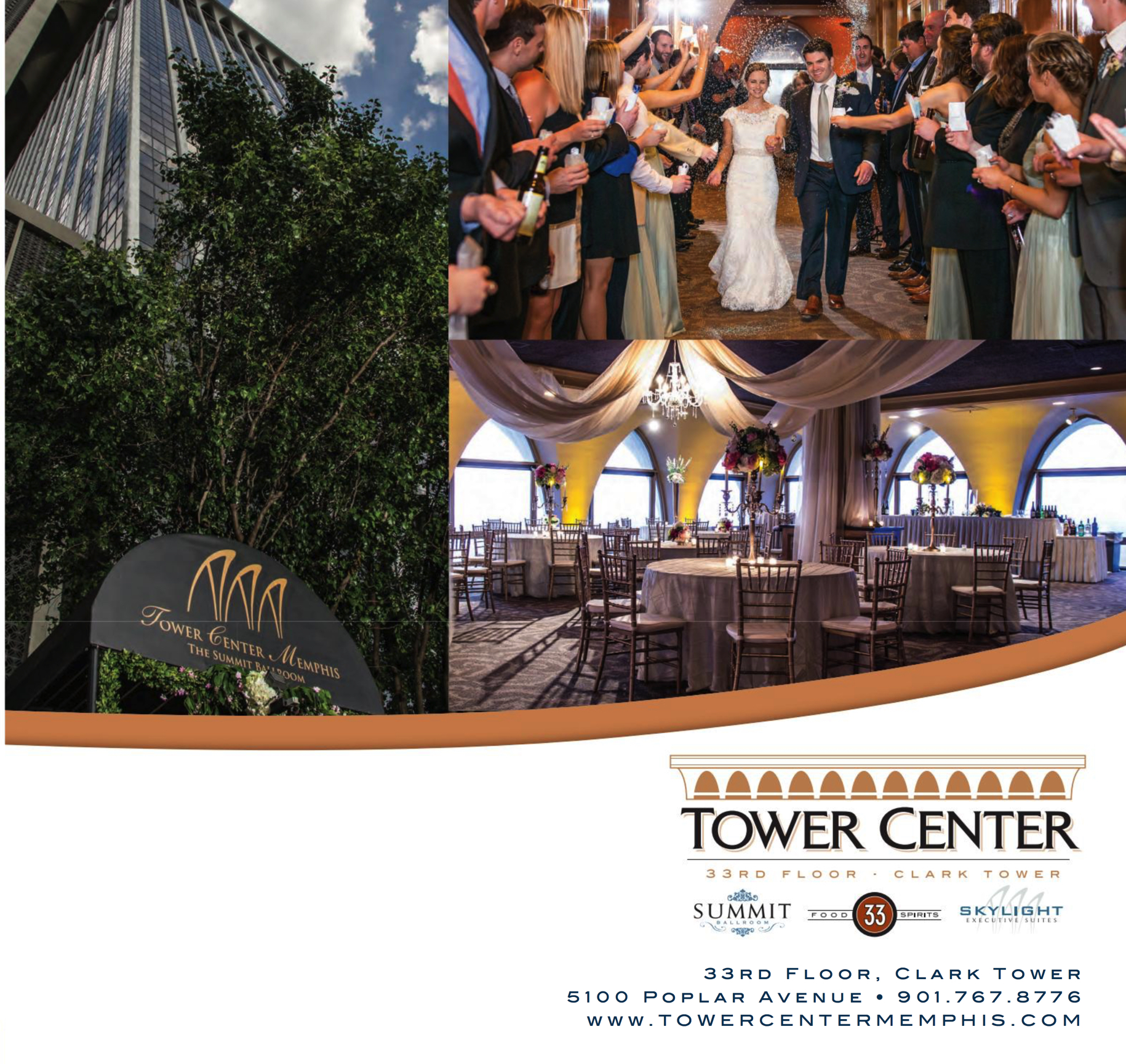 Mackenzie & Will were featured in TWO ads by Montrose Antebellum Home. Sometimes snow is a blessing y'all - this wedding was OMG gorgeous!!! 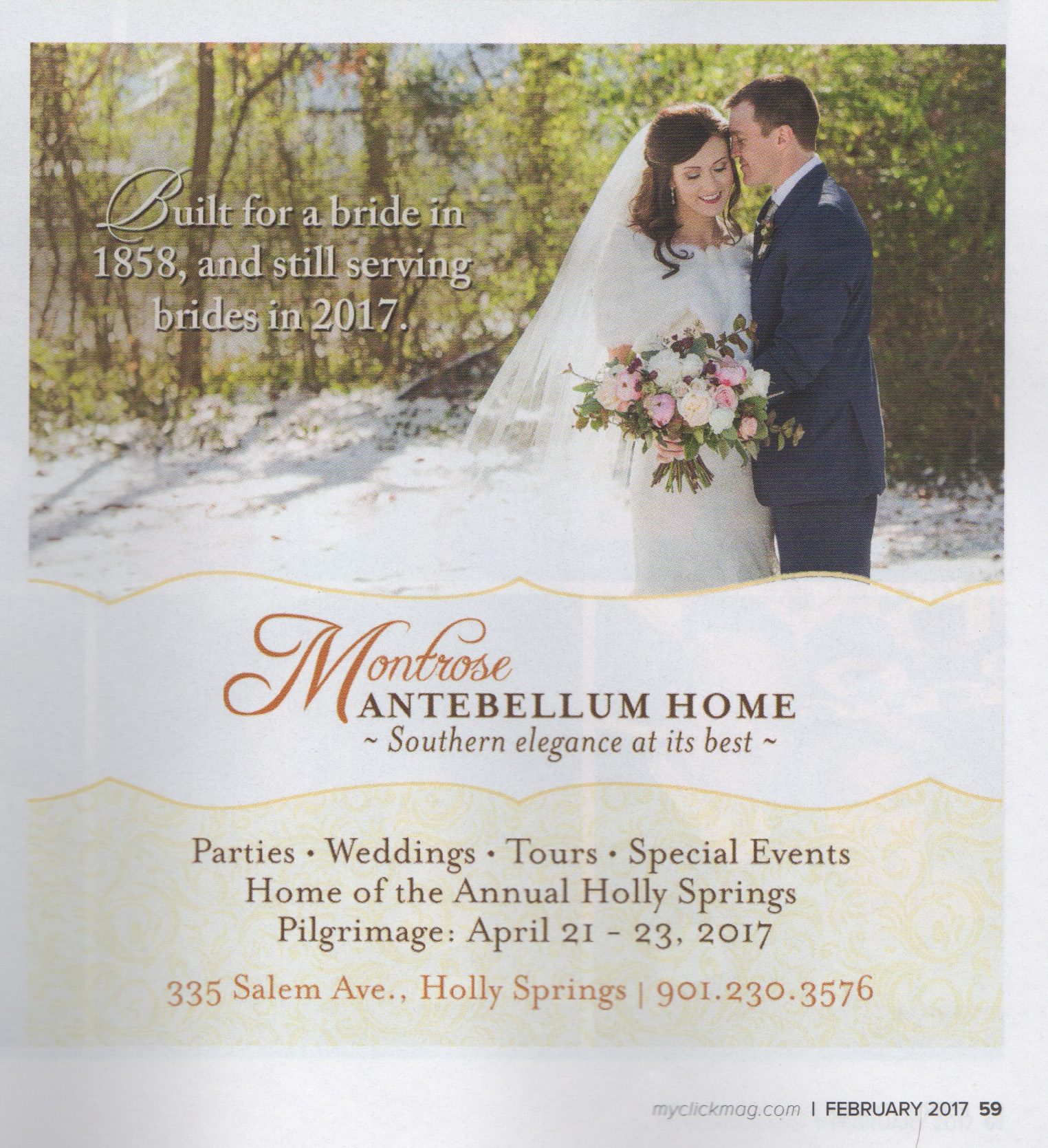 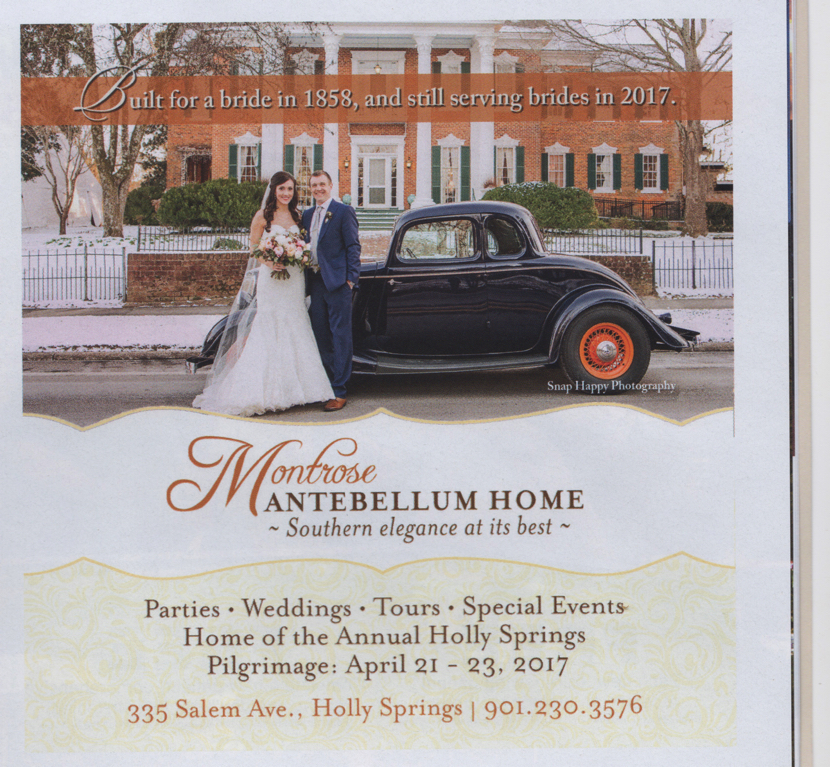 DeeAnn & Matt had their wedding published in The Pink Bride Magazine!!! One of the most fun couples I've ever worked with. Loved off-roading with y'all for your engagement session!!! 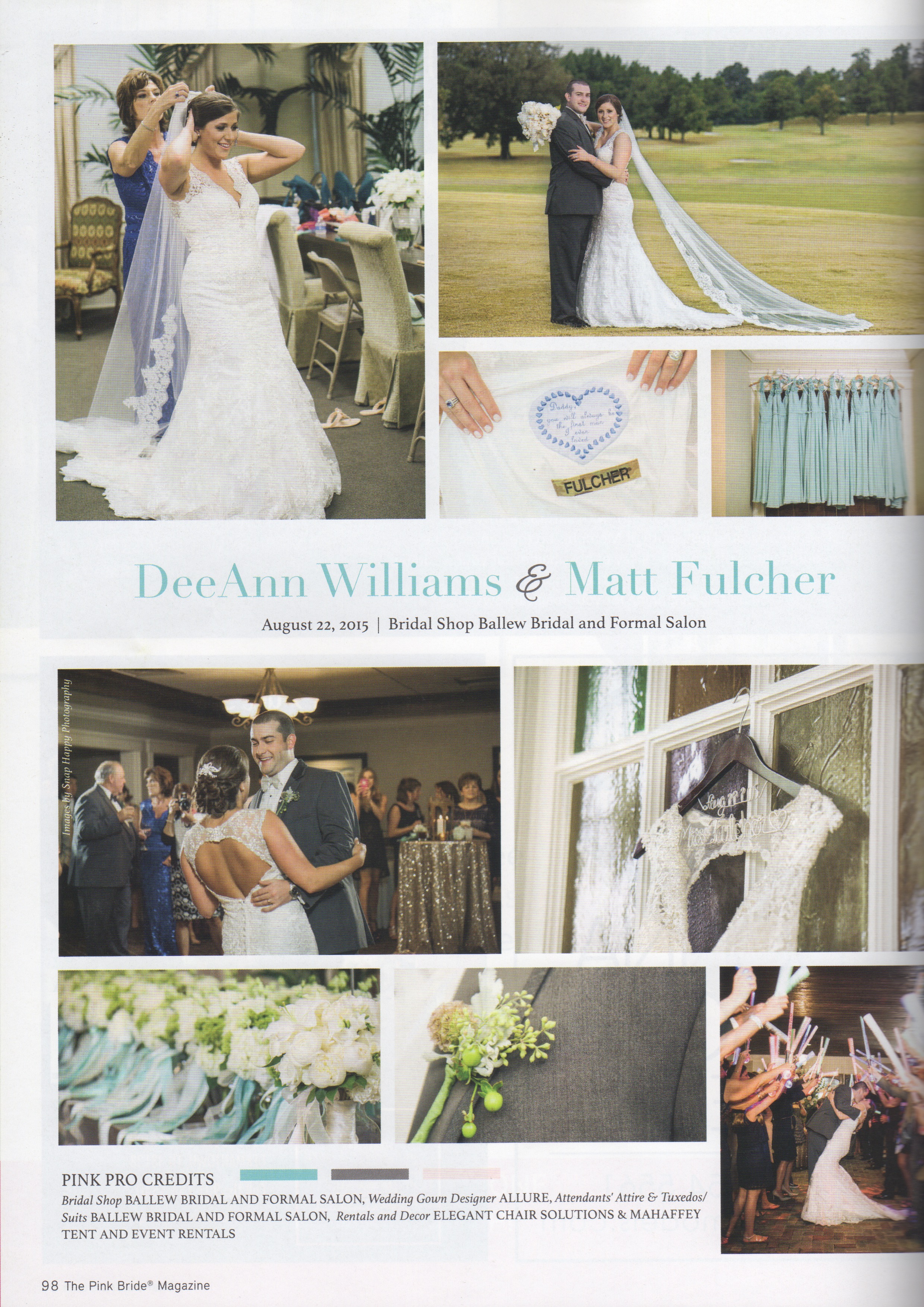 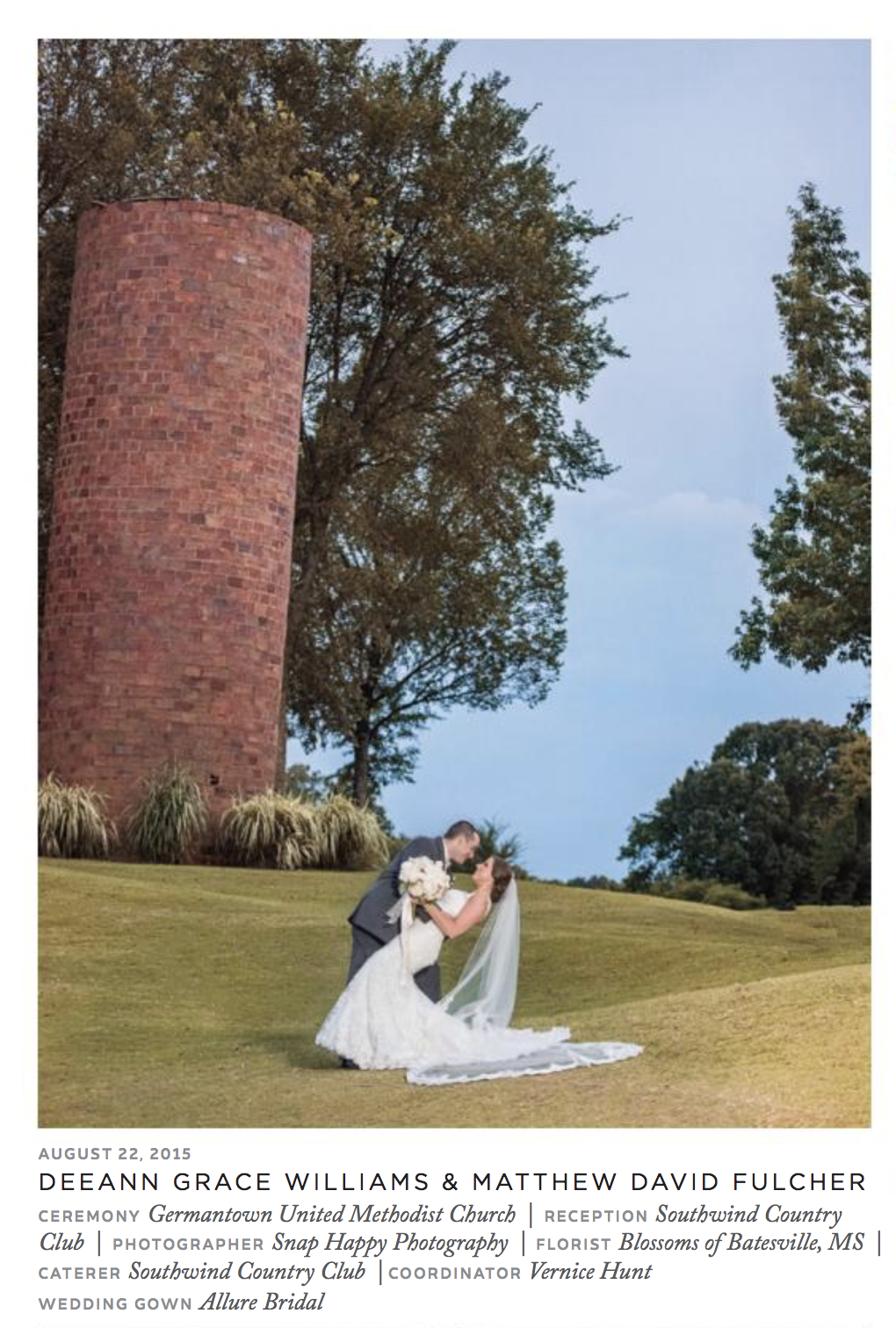 Kasi & Clinton had a STUNNING wedding at The Pink Palace that was featured Muna Luchi Bridal. Totally hot couple just LOOK AT THAT DRESS!! 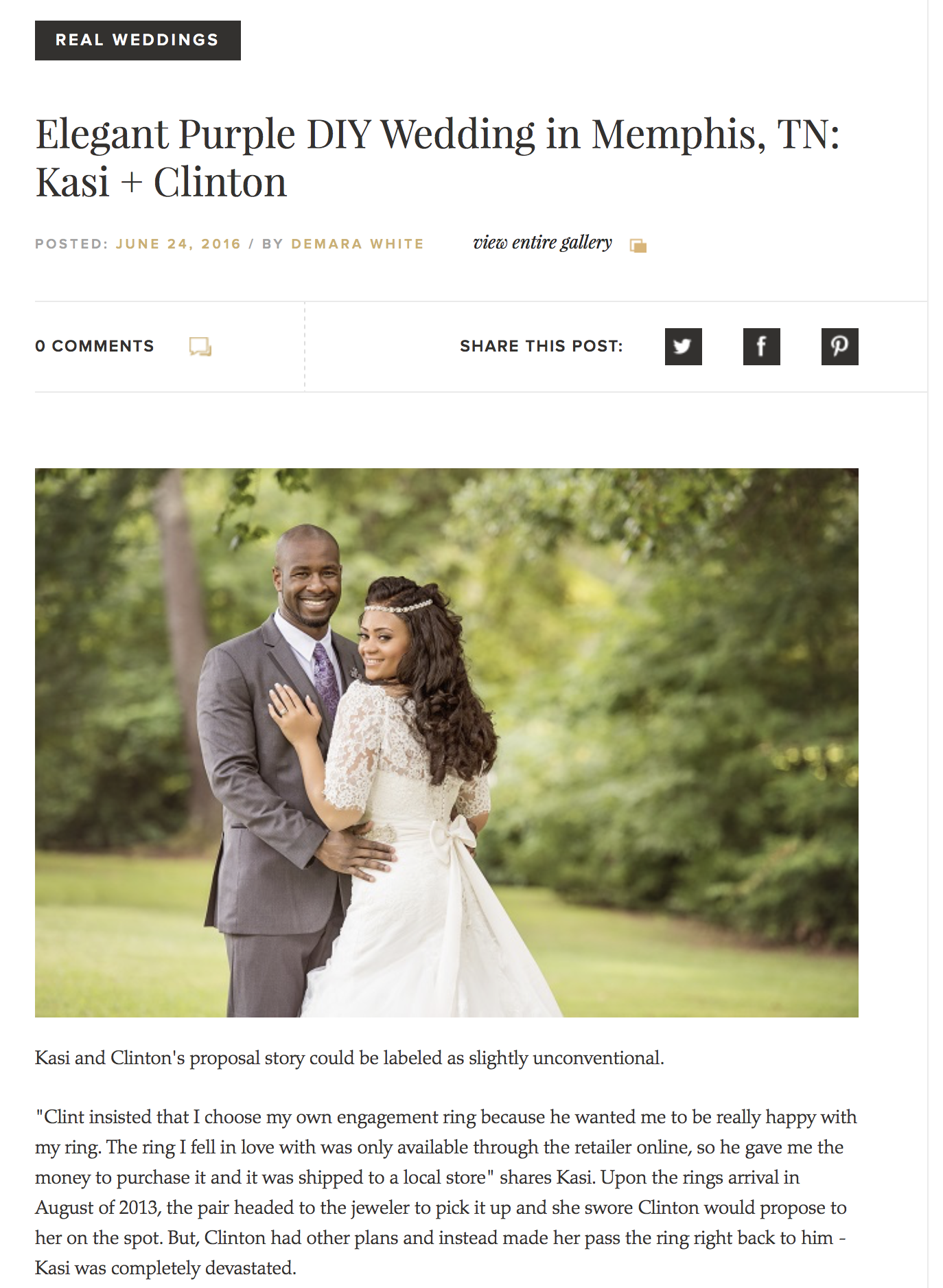 Party Concepts used a photo from Katie & Andy's wedding for their ad in Southern Bride Magazine. Now that was one wild wedding reception!! 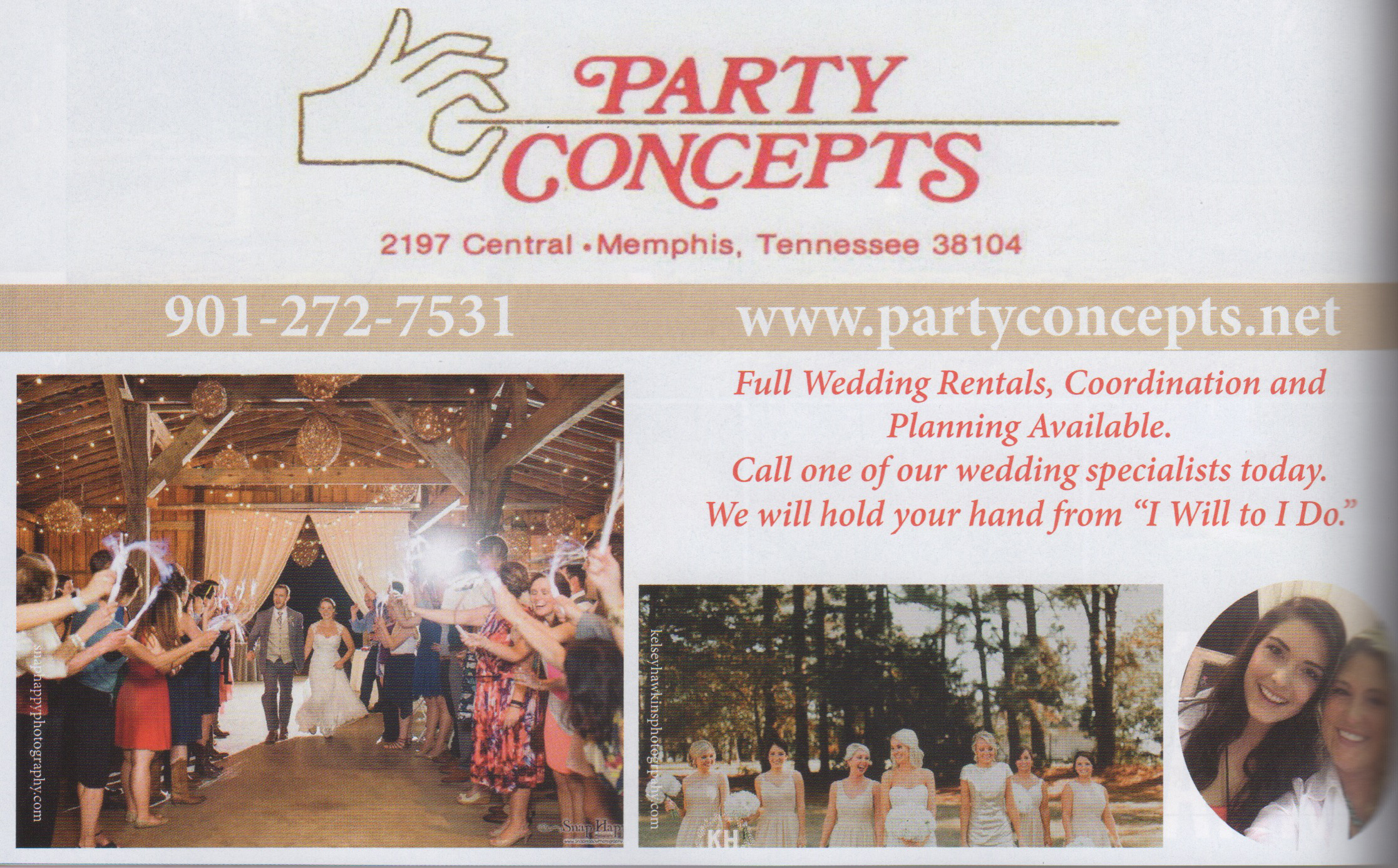 Katie & Will were published in two consecutive issues of Southern Bride Magazine back in 2014. I've never seen that happen, I remember texting Katie and telling her she was published again!!! 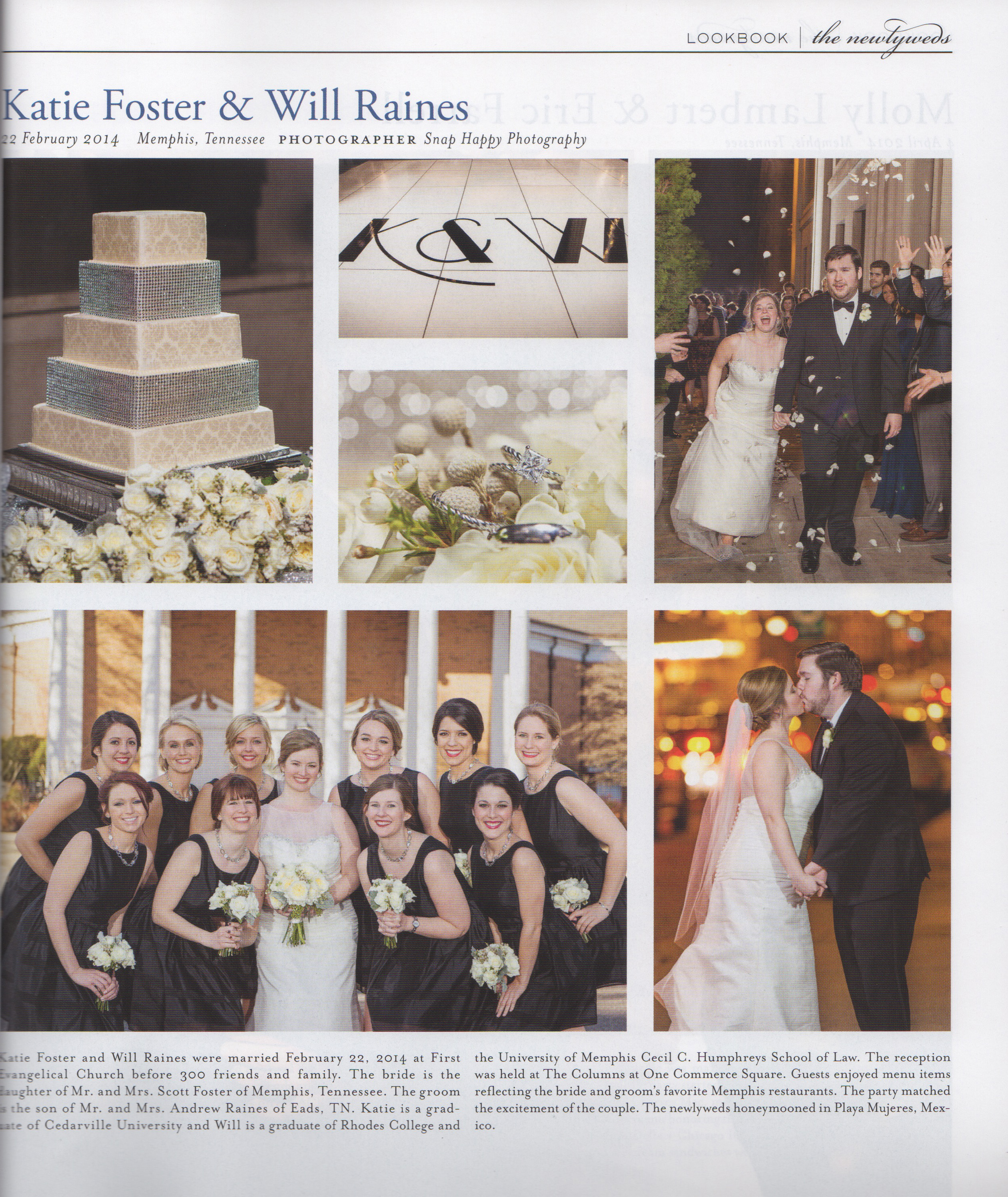 Hillwood at Davies Plantation featured Mandy & Matt's wedding in their ads in multiple magazines for YEARS!!

DJ FUNN features a photo from Eunitta & Paul's wedding in all of his print ads: 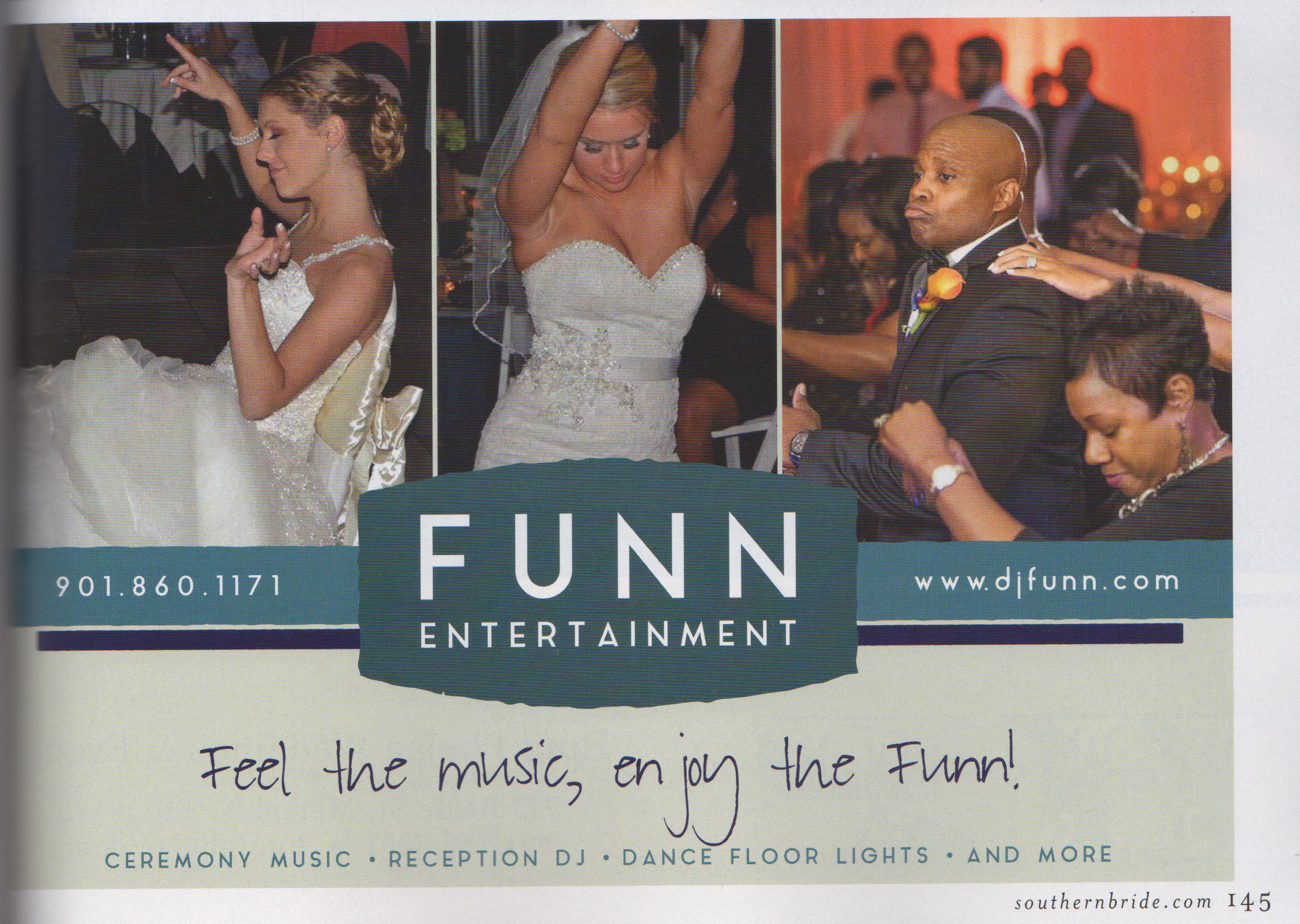 In 2016 we photographed an advertising campaign for Ronaldo Jewelry, here's an ad from At Home Magazine: 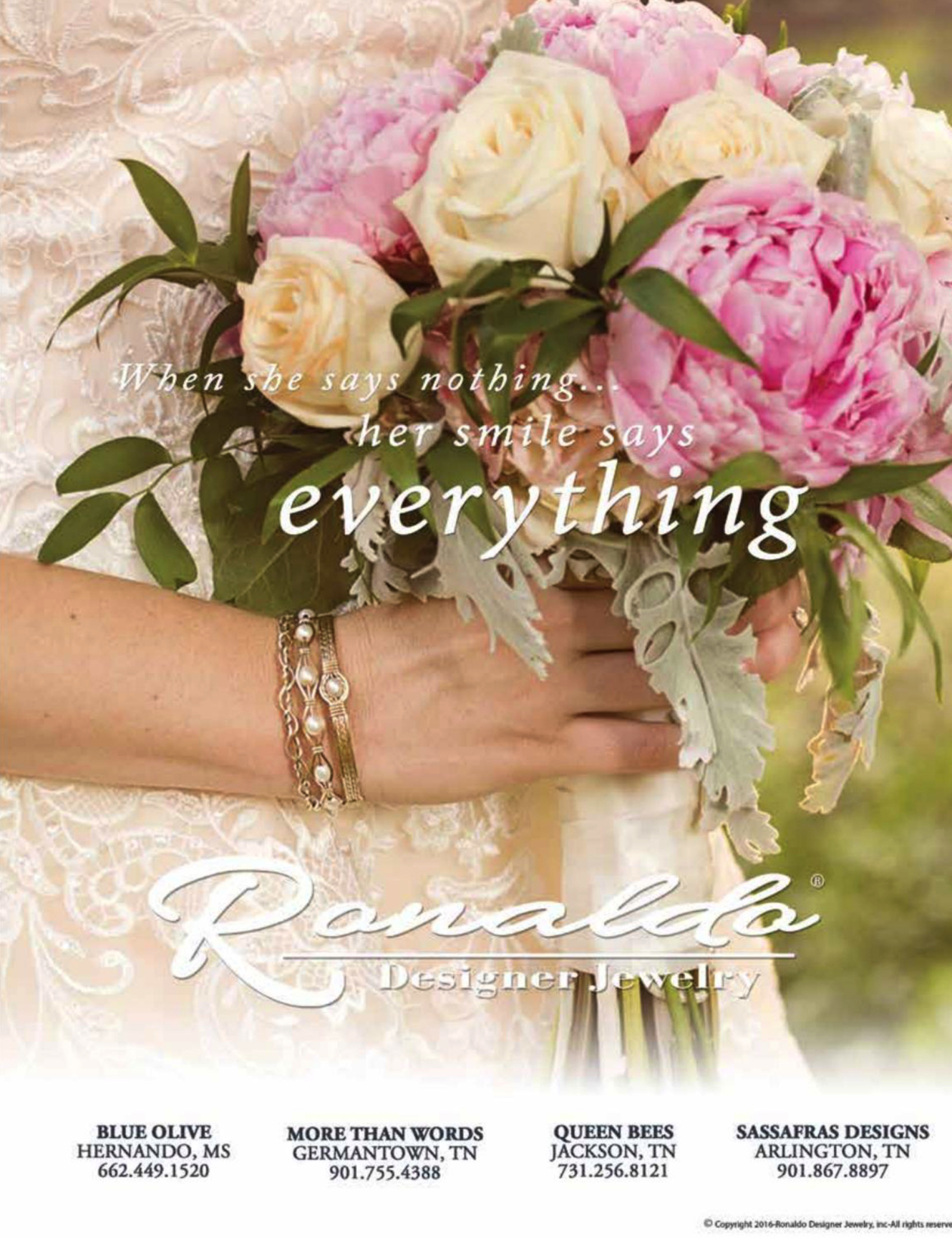 We tried, but we can't feature all of our publications on the website, there's just SO many!!! And most of the time no one even notifies us when our work is published. But here's a comprehensive list of all the publications we know of: 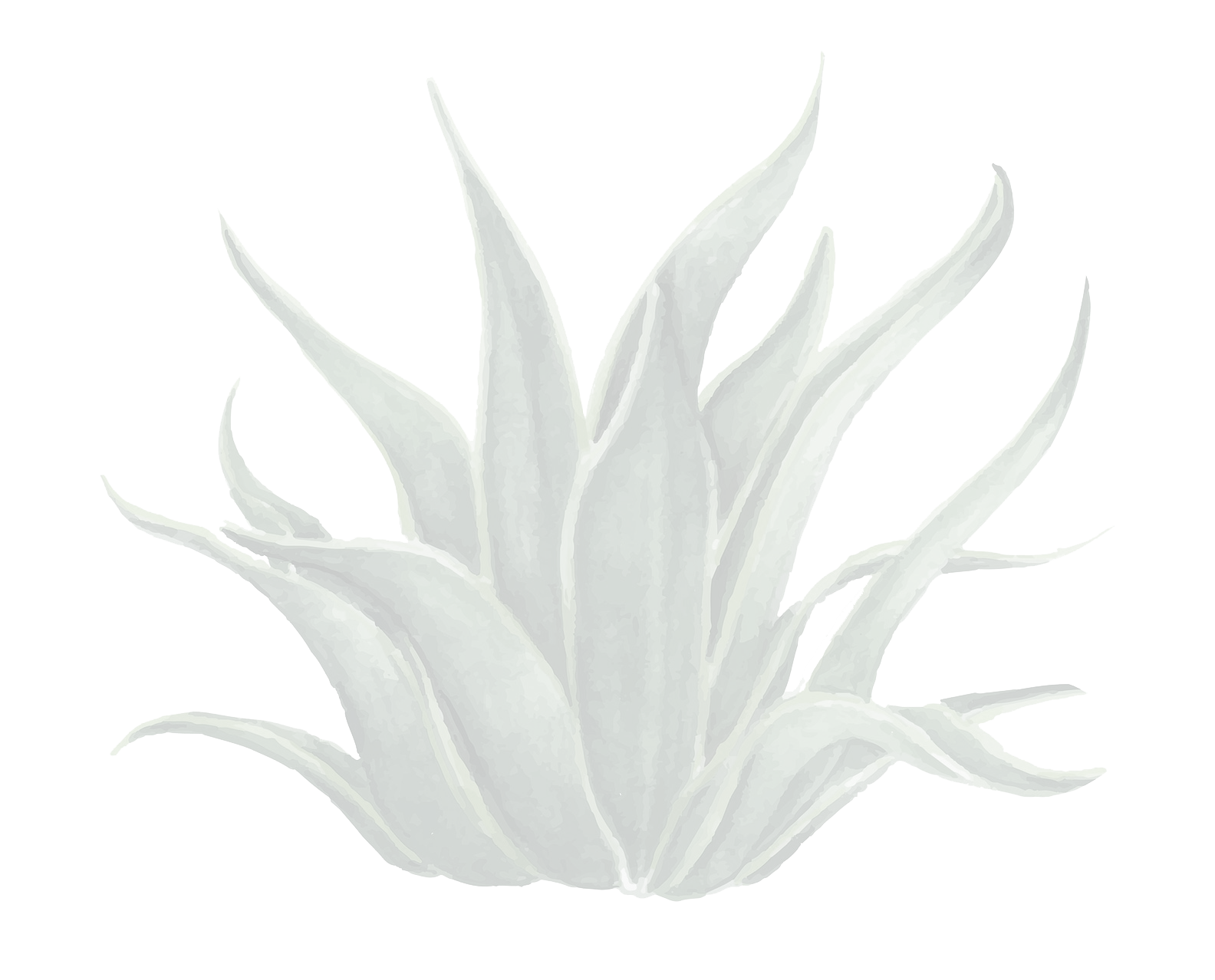